When asked how long an LED screen will last, many cite the commonly regurgitated “100,000 hours.” In this article, we reexamine this claim and whether it accurately reflects reality.

Many companies’ marketing materials tout the “100,000 hours” lifetime claim while neglecting the fact that this is a generalized prediction calculated in a perfect lab environment using top-tier LEDs.

First, to understand LED lifespan, one must grasp the concept of L50, the point at which a diode degrades to 50 percent of the original brightness. Fifty percent is considered “end of life” for an LED diode.

Not all of the myriad LED chips manufacturers and packagers are created equal. Reputable diode packagers will produce a degradation report, commonly called a “fade-chart.” for their products. As one may expect, some diodes have a steeper curve than others.

Due to the long testing time required, manufacturers use sample data from the first 1,000 hours of “burn-in” to extrapolate longer durations using an accelerated method–which includes increasing the drive current or the ambient temperature.

The only company known to provide real-life data up to 100,000 hours is Nichia, recognized as the top LED brand in the world–and associated with 2014 Nobel Prize recipient and “Father of the blue LED,” Dr. Shuji Nakamura.

Even Nichia does not claim to have 100,000-hour test data for all their products since they release new products every year.

People often conflate terms “chip,” “diode,” and “packages.” When one refers to a “Nichia Diode,” he or she really refers to the Nichia package–but not necessarily the Nichia chip.

While Nichia’s claim to fame is the blue LED, it’s well known to industry insiders that they use Taiwan Epistar chip for the red diode.

The LED chip is the silicon wafer that emits light. The package is the housing that contains the LED chip. A die-bond machine places an LED chip into the housing, another machine creates the wire-bond, then creates a sealed outer encapsulation. This “packaging” results in the final diode.

I think of it as a regular Edison bulb: the glass bulb is the packaging, the filament that lights up inside is the chip 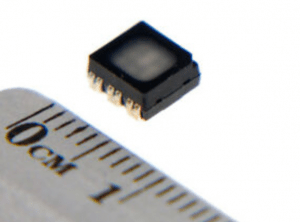 The SMD’s beam pattern is omnidirectional (140° both vertical and horizontal) and is less bright than DIP devices (described following). Indoor applications such as stadiums or auditoriums that call for a wide-viewing best suit this package. 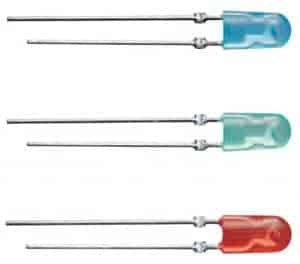 Through-hole technology has existed since the inception of LEDs.

The DIP epoxy encapsulation is water impervious, directional (110° horizontal/70° vertical) and much brighter than the SMD. Thus, the DIP serves well for outdoor, directional applications such as highway signs and digital billboards.

One needs to be judicious when comparing LED specs “on paper” alone as there are various smoke-and-mirrors tactics used in marketing. The “100,000-hour myth” crumbles when an LED is placed on a PCB board, driven with a heat-generating current, enclosed in a metal chassis/panel, and installed in an imperfect environment.

This especially holds true in LED screen applications, which requires a critical color balance of the three color components (RGB). Although the diodes may still operate, degradation disparity creates severe color-shift and visual blemishes over time.

In the next part of this series, we will look at how degradation disparity among the three colors plays into the screen’s the image quality and the various ways to achieve uniformity.

Please like/share with the community if you found this informative. I appreciate it and it gives us a reason to write more!

Call us for a consultation on which 1st-tier component to spec for your new LED Video Wall project!

QST is a boutique LED screen and LED video wall manufacturer with 10’s of millions of dollars of LED screens deployed in North America since 2007. Our LED screens have been associated with fine organizations such as the NBA, NFL, NHL, NASCAR, LPGA, USOC, and in locales such as the Times Square Novotel. As an American company with low-cost manufacturing subsidiaries, we take pride in using top-tier components and delivering high quality, reasonably priced screens with local inventory and technical and sales services. Learn more: qstled.com or call 321-345-9399